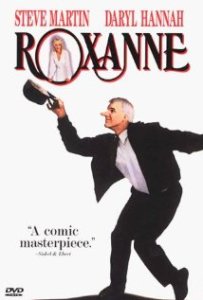 As a synagogue rabbi for a number of years, I have officiated at many weddings. I am sometimes surprised at the disparity of appearance between the two partners. One may be exceptionally handsome, the other unattractive in conventional terms. Over time, however, I have realized that the two partners have much in common emotionally and intellectually, and that kind of connection is enduring. What seems to count is spiritual synergy, not transient beauty.

I sense the same emphasis on spiritual compatibility when I observe people getting married in Israel. Let me elaborate. When I drive home on my way home from work every day in Beit Shemesh, I pass by a wedding hall in a charedi (ultra-religious) neighborhood of Beit Shemesh, Israel. Very often, I see a marriage canopy set up in the outdoor courtyard in front of the building, signaling a wedding that evening. I know that in most cases bride and groom have only recently met and actually seen one another very few times. The essential compatibility for marriage is determined by the possession of a common spiritual direction, not how the other looks. Appearances again count but for little. What is paramount is union of souls, not bodies. This deeply shared perspective on life lies at the core of Roxanne, a hilarious comedy in which C.D. Bales, played by comic virtuoso Steve Martin, reconciles himself to a vicarious love affair with Roxanne Kowalski, all because his huge nose, a physical anomaly, is perceived by him to be an impediment to any serious love connection.

C.D., the fire chief in a small town in the Pacific Northwest, has a very large nose. He knows that it makes him look like a freak, but he is unwilling to undergo cosmetic surgery to fix it. He has gotten used to it and he is upset when anyone makes fun of it. Into this scenario enter two people who change his life: Roxanne, a serious and beautiful astronomer temporarily living in town, and Chris, a good-looking but simple-minded fireman attracted to Roxanne.

Following the general plot outline of Edmond Rostand’s Cyrano DeBergerac, the film illustrates C.D.’s growing love for Roxanne and Roxanne’s infatuation with Chris, whom she thinks is both handsome and highly intelligent. Chris, in reality, is not the brightest bulb in town, and chokes up at the thought of even speaking to Roxanne. As a result, he enlists the aid of C.D. to help him woo her. C.D. accomplishes this by writing witty and passionate love letters to Roxanne, letters that are signed by Chris. The ruse works for a while with great comic ingenuity, but eventually the truth comes out.

After the truth is revealed, Roxanne has an epiphany of her own, and confesses her feelings to C.D.: “You know, I’ve been thinking about what attracted me to Chris. It wasn’t the way he looked. Well, that’s not true, at first it was the way he looked. But it was how he made me feel. He made me feel romantic, intelligent, feminine. But it wasn’t him doing that, was it? It was you. You and your nose, Charlie. You have a big nose! You have a beautiful, great big, flesh-and-bone nose! I love your nose! I love you, Charlie.”

The Book of Proverbs, authored by the wise King Solomon, expresses the paradigmatic Jewish view of beauty. It is something that transcends the physical. In his paean to the Jewish woman, which is recited in traditional Jewish homes every Friday night, the husband clearly proclaims that “grace is deceitful and physical beauty is evanescent. Only the woman that is God-fearing is the one to be praised.” The passage expresses a constant message about what really matters in a relationship. Moreover, it is a reminder to one’s children and subsequent generations that in choosing a spouse, one should seek out beauty of character more than beauty of outward form. Roxanne reminds us to value substance over style in defining our loving relationships.