Raiders of the Lost Ark (1981), directed by Steven Spielberg 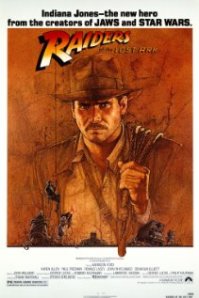 There is a time in everyone’s life, including my own, when things don’t go the way you want. This happened to me when I turned 60 years of age. I realized as I sought to find another position as a high school principal that I was no longer perceived as the “future” by others. Schools were looking for younger, dynamic leaders; and even though I felt at the top of my game professionally, no amount of conversation with school boards could change the reality of my age.

Looking for work in education, I was faced with rejection after rejection as a head of school. Thankful that I had good health, and knowing that God would only give me challenges that I could handle, I optimistically continued my job search, finally finding work as a family educator with a community Kollel. Landing this job eventually opened me up to new possibilities, and thus began my reinvention several years later on the job market in Israel where I am currently residing. I now write business articles for an internet website and supervise the English Department of a boys’ yeshiva in an ultra-religious neighborhood in Beit Shemesh. My new schedule allows time for daily Torah study, exercise, and writing a long-postponed book. As my mentors often told me and as I now understood first-hand, “when one door closes another door opens.”

This mature perspective in life is serendipitously depicted in the rollicking adventure yarn, Raiders of the Lost Ark. When I first saw it many years ago, it was an entertaining action flick; but the second time around, I saw life lessons in the exploits of Indiana Jones, the movie’s protagonist, who is thrust into one crisis after another, only to emerge wiser from each ordeal. In his search for the lost ark, he confronts adversaries everywhere he turns: physical threats from Nazis, competition from other archeologists, and even from a cave full of snakes. In every instance, he never loses hope, and somehow emerges from these crises a wiser and stronger man. Moreover, he never loses his innate optimism or his focus on his ultimate goal of finding the lost ark. Proverbs tells us the “seven times the righteous will fall, yet rise again.” This saying encapsulates the way Indiana Jones lives. He never gives in or gives up, knowing that to do so will short circuit his dreams.

Our Sages provide a fitting postscript for the conclusion of Raiders. In the Ethics of the Fathers (2:21), they tell us that our job is to begin the task even if we are not there at the end to see our life’s work realized. We are only responsible for input. The outcome of our travail is in God’s hands. This profound life lesson is given visual expression when we see the lost ark, instead of finding its resting place in a prestigious museum, consigned to a storage warehouse in Washington, D.C., probably never to be found again. It is an ironic but true image of man’s inability to control the outcome of his efforts. All we can do is try our best and get ready for the next chapter in our lives.

Purchase this movie from Amazon.