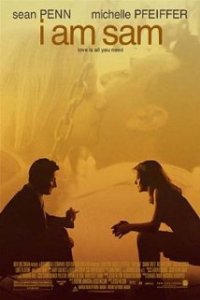 As I write this review, I am observing the Yahrzeit, the anniversary of the death of my oldest sister, Carol, who passed away close to 30 years ago. Carol had Down’s Syndrome, a severe form of mental retardation. When she was born in the late 1930s, this condition was in the proverbial closet, and rarely discussed in public forums.

My conversations with Carol when I was a child were always straightforward, but once I was very surprised by a remark of hers. My father was trying to get her to speak slower so he could understand what she said and he told her: “Hold your horses.” Carol responded: “I have no horses to hold.” To my 10-year old mind, Carol’s answer was hilarious, and both I and my family burst out laughing. Carol laughed too, understanding that she told a good joke.

The incident reminded me that when we deal with people with disabilities, especially mental retardation, we have to leave our preconceived notions at the door. We have to realize that there are many gradations of mental retardation and they present themselves in many different ways.

I can recall Bobby Duffy, a mentally handicapped fellow I met in my childhood, who was a superb ping-pong player. Watching I Am Sam, in which several mentally challenged people reveal an encyclopedic knowledge of Beatles legend and lore, made me think of Bobby who excelled at one endeavor even though he was intellectually functioning at a very low level. I was reminded of Bobby again when my son-in-law, a special education expert, was working for a school with the acronym of SCHI, which stood for School for Children of Hidden Intelligence. The name of the school was ingenious because it implied that even handicapped kids had intelligence, albeit an intelligence of a different kind.

I Am Sam tells the story of Sam Dawson, a mentally retarded adult who has fathered a child with a homeless woman, who leaves Sam right after giving birth to their daughter. She wants nothing to do with either Sam or the new baby, and Sam is left with the awesome responsibility of caring for his child, which he does with the assistance of Annie, a kind neighbor.

Due to an unusual set of circumstances, Rita, a high-powered lawyer, volunteers to help Sam on a pro bono basis, and thus begins her journey on a road to understanding the world of mentally challenged people as well as a road of self-understanding. An early conversation between Sam and Rita illustrates the initiation of Rita’s learning process. She asks Sam: “I just don’t know what to call you: retarded, mentally retarded, mentally handicapped, mentally disabled, intellectually handicapped, intellectually disabled, developmentally disabled, “ to which Sam responds: “ You can call me Sam.” Rita quickly learns that labeling people does not allow you to truly recognize the uniqueness of every human being.

Jewish tradition regards every child as special and as possessing a perfect soul. From the point of view of Jewish law, mentally retarded children are not accountable for their actions. The Chazon Ish, a great sage of the twentieth century, suggested that such children have a unique purpose in the world. Unlike normal children who are charged with improving their character, the purpose of the Down’s Syndrome child is to bring out the best in others, to foster sensitivity in those whom they meet both within the family and without. For example, when Rita asks Sam to manipulate the truth for the sake of retaining custody of Lucy, Sam tells her that he can’t do this. Lying is not in his genetic code. He can only tell the truth and he cannot use subterfuge. This forthright answer silently encourages Rita to face the truth of her own family situation, married to an unfaithful husband and mother to a child that has little respect for her.

I Am Sam is an emotionally touching film that helps us understand the world of the mentally challenged. In the process, it makes us reflect on our own modalities for relating to family and friends. Sam reminds us that love is more important than wisdom in lubricating our human relationships.