The Last of the Mohicans (1992), directed by Michael Mann 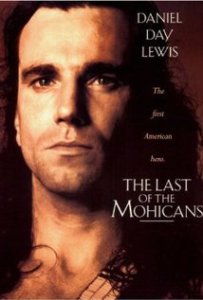 For many years, I was a fan of the motivational tapes of Zig Ziglar, a self-help guru who often gave me valuable insights about how to work with people who did not share your point of view, but who did care about the things you cared about. One of his wise aphorisms was “to sit on the same side of table” as the opposition to discuss thorny issues. In other words, see things from the perspective of your adversary and understand his perspective even if you don’t agree with it. Seek out compromise so that there is a win-win situation for both parties.

I was reminded of this as I watched The Last of the Mohicans, a passionate love story and a rousing and violent adventure about early America before it became a nation. A key plot point hinges on the ability to compromise and see things from the perspective of the other.

The narrative takes place in 1757 when the English colonies and the British are fighting the French for land on the American continent. Indians are fighting on both sides and the colonists are key players in the British effort to defeat the French. But there is a problem: the colonists have mixed feelings about the English. On the one hand, they are subjects of the King; but, on the other hand, they have their own dreams of independence and see the world differently. Many are prepared to fight for the British, but only if they can still defend their families at home who may come under attack. Without that assurance that their own concerns are addressed, they are unwilling to risk their lives for King and country, especially when the country is not fully supportive of their colonial initiative. They are willing to compromise if their personal needs are met, but the English are arrogant. The English see the colonists as servants of the Crown and they must do as the Crown dictates.

This dilemma presents itself at the beginning of the story as three men, Chingachgook, his son Uncas, and his adopted son Hawkeye visit their old friends, the Camerons. One of the colonists at the table informs everyone that he is recruiting men to fight for the British against the French, as long as the British agree to allow the men to return home in case their homes are attacked by the Huron war parties, loyal to the French. The British military leader, General Webb, agrees and the colonists then head to Fort William Henry to join the British forces.

Meanwhile, Cora Munroe and her younger sister Alice journey to visit their father, Colonel Edmund Munroe at Fort Henry. Upon arrival, their father is happy to see them but surprised to find them there at all. After all, it is a war zone, and their lives are in danger. Apparently, messages of the dire straits of the English never got through, and now Colonel Munroe is doubly burdened by both the fighting in front of him and insuring the safety of his daughters. Moreover, he demands that the colonists fight for the British and not return home to protect their families. For him, loyalty to England trumps all. Compounding the problem is Magua, a duplicitous Indian guide who leads the British into a trap.

Hawkeye saves Cora and her sister from the attack, and slowly Cora begins to understand the worldview of Hawkeye, a fiercely independent man who sees the British as foolish and narrow-minded, unwilling to compromise on principles that have no relation to the current reality in which they find themselves.

The inability to compromise creates an environment for catastrophe. Judaism, indeed, looks at compromise as a good thing. Gerald M. Steinberg, an expert in Jewish law, observes that mediation and conflict prevention are constructive ways to avoid dissension in the family and in the community. In finding compromise solutions, extremism is eschewed and moderation is valued.

Beneath the modus operandi of compromise is the fundamental assumption that peace among men is a quintessential value. Jews pray for peace three times a day and Jewish leaders are encouraged “to seek peace and pursue it.” For example, when Abraham and his nephew Lot had a difference of opinion about grazing areas for their sheep, to avoid further friction Abraham acted magnanimously. He said: “If you will go to the left, I will go to the right, and if you will to the right, then I will go to the left.”

The overall goal in Jewish litigation is to accept compromise in order to reduce conflict and increase peace. This perspective on conflict does not exist when the British relate to the colonials. In The Last of the Mohicans, we witness the tragic results of insisting on being right rather than being good.