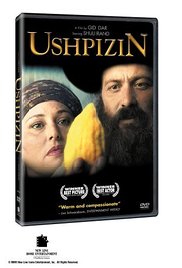 A friend of mine and his wife occasionally have discussions about whom to invite for Friday night Sabbath dinners. She favors inviting old friends. He prefers inviting new faces because he wants to know those who are unknown. He prefers the unpredictability of new faces and feels that the good deed of inviting people to one’s home is better fulfilled when one does not know the guests beforehand.

Jewish tradition requires us to be hospitable, especially to those is need. Is this ethos of extending hospitality represented by inviting people we know or people we don’t know, or are there other criteria to keep in mind? The Israeli film Ushpizin, which means guests in English, suggests an approach to an answer.

It is the festival of Sukkot in Jerusalem in an ultra-orthodox neighborhood. The holidays require Jews to build a temporary shack and to live in it for seven days. There is also a commandment to wave a palm branch and a citron, together with a myrtle and willow, during the holiday liturgy. Moshe and Mali Bellanga, however, are impoverished and do not have money to buy a sukkah or to purchase the four species. And then “miracles” occur. A friend finds an abandoned sukkah for Moshe and an anonymous donor slips $1000 under their door.

These miracles, however, become tests. Moshe uses part of his money to purchase a citron at an extravagant price, upsetting his wife Mali, who wanted to use to money to pay off debts. Moshe knows that the truly happy person is the one who is content with little, yet he succumbs to his desire to acquire a citron far beyond his means when, in fact, he is not required to do so according to Jewish law.

Another test for them comes when two escaped convicts from Moshe’s past show up at this door. They apparently know Moshe from his previous life before he became religious, and Moshe and Mali debate whether they should welcome them as guests for the holiday. There are disadvantages. They are unsavory characters and their presence in the home may strain Moshe and Mali’s relationship. There will be no privacy and the guests may introduce a foreign lifestyle into their holy home. Moshe and Mali are people of deep faith, however, and they decide that these two men have been sent to them by God, creating a wonderful opportunity for Moshe and Mali to share the holidays with people less fortunate than them.

With each passing day of the holiday, the convicts bring more chaos into the Bellanga home, but Moshe and Mali continue to see each problem as a test of their religious faith. Their rabbi advises Moshe never to get angry, even when anger may seem justified. The life lesson that he imparts to him is to remain calm in the knowledge that all tests come from God. Facing a test and overcoming it refines our character and, by doing so, makes us better people.

Ushpizin depicts people living on the edge of poverty and not succumbing to negativity. Mali and Moshe do have arguments, but their different opinions do not shatter their abiding love for one another. They both recognize that whatever happens is ultimately the result of God orchestrating events from afar. Mali and Moshe always say “Thank God,” even when events seem to turn out badly. Moreover, they control their anger, allowing them to see things from the aspect of eternity. Their daily expressions of thanksgiving to God and their control of anger remind us of what it takes to truly be a holy person.

Posted in Drama, Movie review, Romance. Bookmark the permalink.
← Above and Beyond (2014), directed by Roberta Grossman
High Noon (1952), directed by Fred Zinnemann →