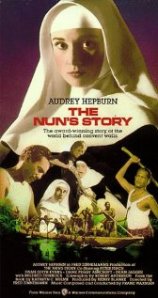 I was an average student in high school, so when I entered Yeshiva University as a freshman, I was overwhelmed with the many very bright students around me. It took me some time to feel I could compete academically; and for most of my undergraduate career, I did not participate much in class discussion.

I got mostly A’s in my courses, but did not offer my opinion in class until I took a course in Russian and Scandinavian literature in my senior year, which changed my perspective. I received an A on every test, yet received a B for the course. I went to my professor and asked him why I received a B. His response went something like this: “You do not participate in class discussion. You may know the material for the test, but I have no sense that you really understand the novels in a sophisticated way and can integrate them into some kind of thoughtful discussion.” I realized then that it was not good enough to know the subject; I had to show others that I knew it. Therein lay the conflict: self-effacement versus self-promotion.

For me, the conflict was not easily resolved. I was raised in a home of modesty and humility. My father was president of the local synagogue and my mother was president of its sisterhood and she worked countless hours for the Association for the Help of Retarded Children in Westchester County. They were selfless people, not at all interested in getting recognition. I never heard my parents utter a word about seeking honor for the good work they did, and I shared that perspective as I matured.

This approach towards doing good without receiving recognition resonated as I watched The Nun’s Story, a narrative of a young girl, Gabrielle van der Mal, who decides to become a nun. The daughter of a renowned physician, she has a solid understanding of tropical diseases and wants to devote her life to working in the Congo where she can alleviate the suffering of many. As we watch her move through the various stages of becoming a nun, she is continually challenged. Although far superior academically to her peers, she is always asked to submerge her ego, to overcome her desire for personal recognition, and to allow others to achieve their dreams at her expense. Her mentors encourage self-effacement even over self-esteem. Instead of sending her to work in the Congo with the indigenous population which she wants, she is sent there to work in a European hospital. There she contributes mightily but this does not satisfy her desire to work with the natives. The constant obstacles she faces are all designed to teach her humility and self-effacement.

In truth, humility is a value in Jewish tradition. Moses, the greatest of all prophets, was known as the most humble of all men. The commentators underscore this when the Bible reveals that Moses was 80 when he became the leader of the Jewish people, an age when one would expect him to seek a modicum of comfort and ease in life. Yet he is chosen by God at that age precisely to emphasize that he accepted the mantle of leadership not because of any desire for fame or recognition but solely to respond to the command of God. He is devoid of ego. All he wants is to do God’s will, and then he will disappear from the stage.

The Nun’s Story encourages a similar spirituality. As the Reverend Mother advises Gabriel: “Do good, then disappear.” Ideally, the desire to do good should not hinge on the approval or approbation of others. We should do good for God’s sake, not our own.