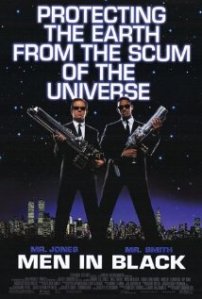 It took me 12 years to get my doctorate in English at Georgia State University. Usually, it’s a five-year gig including the dissertation. For me it took longer because I was married with kids, had a full-time job, and could not devote all my time to this important professional goal. I owe a great debt of gratitude to Dr. William Sessions, my academic advisor, who believed in me and encouraged me to persevere even when I had doubts. Dr. Sessions recognized that family came first, and he knew that I could finish the degree if I had more time to complete the program.

My friend Charlie pursued a different career path. He wanted to become a university professor, and he postponed getting married until after he finished his PhD. He then postponed marriage again because he wanted to be financially secure and employed on a tenure track. He was then in his 30s. I spoke to him off and on during this time, reminding him of the Talmudic statement that at the end of 120 years, God will ask him whether he married and tried to have kids. I also reminded him that life in one’s advanced years can be very lonely without a wife. Furthermore, he will never be called Abba/Dad, which to me is my most important title. In spite of my comments, Charlie continued his exciting academic life, publishing book after book and occasionally getting into the media as well. He never did marry.

I thought of Charlie as I watched the crazy and wild Men in Black, a comedy about two men, Kay and Jay, working for a secret government agency who track alien life forms living on earth, and who embark on a mission to save the world from being destroyed by aliens. Their life is extraordinary and exciting. Every day is unpredictable. They meet creatures from other planets, they drive cars that are fast and fitted with the latest technological innovations, they have powerful weapons, and they can control the memories of others. In fact, they even periodically use the memory “neutralizer” to erase their own memories so that early frightening memories will not hinder them in their present assignments.

The catch is that their work requires them to give up their identity and their connections with friends and family. This is hard, for there are moments when one thinks of a wife, a time when one yearns for the human connection. From the aspect of eternity, family does come first. There is a touching moment when Kay reflects about the wife he left behind as he views her image on a monitor. When Jay comments that she is pretty, Kay clears the screen, but the image of his wife lingers in his mind.

After successfully avoiding the destruction of earth, Kay wants to transfer the mantle of leadership to Jay. Kay profoundly misses his wife and desires to go home. The pull of love is stronger than the adrenaline rush for action. He is older now and can appreciate the wisdom of Solomon who tells us “there is neither doing or reckoning nor knowledge or wisdom in the grave where you are going (Ecclesiastes 9:10).” The value of life is not measured in professional accomplishments alone, but rather in the human relationships that are nurtured over the years.

It is wise for us to treasure family over our job. At the end of our lives, we will not feel bad because we didn’t spend more time at the office. We will feel sad if we did not maximize our time with wife and children.

Purchase this move from Amazon.com.