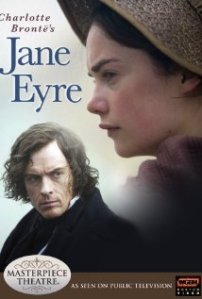 When I was in ninth grade, my Torah teacher told me what I should look for in a wife. He said that while outward beauty was important, it was not the critical ingredient for marital happiness. He urged me to stay away from girls who wore lots of make-up and who were acquisitive. For long-term happiness, you need a girl with good character, who is kind and understanding, soft in deed and word. His words made an impression on my young mind and I generally found myself dating those kinds of girls.

In secular literature, it is hard to find such a concern for good character when looking for a marriage partner. For example, in Jane Austen’s classic novel Pride and Prejudice, the parents of Elizabeth Bennett want her to marry a person of means. The key ingredients for marital bliss are wealth and eligibility, not good character. In Henry James’ Washington Square, Morris Townsend, the suitor of Catherine Sloper, is portrayed as a fortune hunter, interested in Catherine’s assets, not her character. In fact, Dr. Austin Slope, Catherine’s father, sees beneath Morris’s façade and forbids Catherine to marry him.

One notable exception to this pattern is Edward Rochester’s oblique pursuit of Jane Eyre in Charlotte Bronte’s famous novel Jane Eyre, which has inspired a number of film versions, the best of which is the PBS production directed by Susanna White and starring Toby Stephen as Edward Rochester and Ruth Wilson as a luminous Jane Eyre.

After ostensibly courting the wealthy and attractive socialite Blanche Ingram, Rochester finally confesses his love for Jane, whom he regards as a pure, simple, and virtuous soul.  Clearly, he values substance over form, good character over physical charm and beauty. It is of interest to note that Rochester is many years Jane’s senior, a person with much more life experience than Jane. Similarly, the Biblical courtship of Isaac for Rebecca, which is the topic of an extended narrative in the Bible, describes a relationship where the man is much older than the woman. But the age difference counts for little when the two lovers are on the same spiritual wavelength.

The quest to find a wife is a major task of Jewish men. To find one’s bashert, one’s destined one, a person must exert great personal effort and may also need to consult with many friends and relatives, including, of course, one’s parents. In the Bible, Abraham is actively engaged in finding a wife for his beloved son Isaac. He charges his trusted servant Eliezer with this responsibility and to travel to Aram-Naharaim, where Abraham’s family lived. There Abraham hopes that Eliezer will find a wife for Isaac.

Eliezer journeys there with ten of his master’s camels. The great explicator of Biblical text, Rashi, observes that the camels were identifiably those of Abraham because they were muzzled. Abraham’s camels would go out muzzled because of his concern for theft. He did not want his animals to graze in the field of others. Honesty was paramount to Abraham. For such a man, the litmus tests for a suitable wife were truthfulness, sincerity, and kindness, not the possession of wealth.

Eliezer, the trusted servant who came from the home of honest Abraham, determined that the woman who not only gives him water but his camels as well will be the one for Isaac, for she has demonstrated that she cares for all living creatures.

The story of Isaac’s quest for a wife is an early precursor of Rochester’s love for Jane. Both courtships remind us that, in the final analysis, wealth and beauty are passing. What remains is good character that lasts for a lifetime.