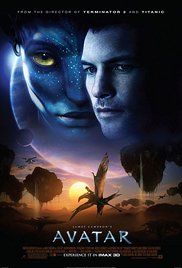 For many years I would listen to inspirational tapes on my way to and from work. Most of the tapes were transcriptions of lectures from Rabbi Avigdor Miller, a contemporary Jewish ethicist, and Zig Ziglar, an icon in the field of motivational speakers. I gleaned insights from both of them, but one insight of Zig’s, in particular, resonated within me as I watched Avatar, a science-fiction tale of an exploratory expedition to Pandora, an Earth-like moon on which live the Na’vi, a human-like species, together with an incredible feast of plant life.

The film opens as Jake Sully, a crippled war veteran and ex-Marine, wakes up in a spaceship on its way to Pandora. We soon learn about the Avatar program. Although humans cannot breathe the air on Pandora, the Avatar program enables a human to connect with his own avatar, a genetically-produced hybrid of a human and a Na’vi, and function as a regular Na’vi on Pandora. On Pandora, Jake, although paralyzed on Earth, can walk and breathe in his Na’vi body.

The purpose of the expedition, run by the Resources Development Administration, is to mine for the mineral unobtanium, a powerful energy source selling for millions per kilo that can return affordable energy to Earth, which is rapidly losing all its energy resources. The strategy of the earthlings is to persuade the natives to cooperate with their planned objective by injecting avatars into Na’vi society, who will convince the local natives to cooperate with the intruders from Earth.

As Jake ingratiates himself in the Na’vi world, he slowly begins to understand their worldview, which involves possessing a reverence for nature and not exploiting it for profit. This perspective conflicts with the view of the military head of the expedition, Colonel Quaritch, who is prepared to destroy the Na’vi civilization if it does not cooperate with him.

Jake’s conflict intensifies when he bonds with Neytiri, a Na’vi girl who rescues him from fierce animal attacks. Miraculously, the spirit world in which Neytiri lives confirms Jake as a pure soul, enabling him to be fully accepted into the Na’vi society. Meanwhile, he is still giving valuable information to his human counterparts and, at the same time, trying his utmost to persuade them to give him more time to convince the natives to leave the area in which the treasured mineral unobtanium is found.

Unfortunately, time runs out without a workable resolution to the conflict. Casualties pile up on both sides as war breaks out. The humans lack the patience to seek a compromise solution in which every interest can be preserved, and so they attack ferociously. Jake leads a counter-attack to prevent destruction of the Na’vi and their way of life. The outcome of their final battle is unclear until many lives have been lost. This failure to negotiate a compromise brings about catastrophic consequences.

Judaism stresses the avoidance of extremes and seeking the golden mean. Moreover, people in positions of influence are encouraged to pursue peace. Often times in Jewish jurisprudence, people are encouraged to pursue the paths of peace, darkei sholom. Even if one thinks his opinion is the correct one, it is sometimes better to accept another’s point of view in order to avoid conflict. In Avatar, we see the terrible consequences of unmediated conflict. It is a reminder that it is sometimes important to be patient and find a way where we can create a win-win situation in which all parties to the dispute are sitting on the same side of the table.