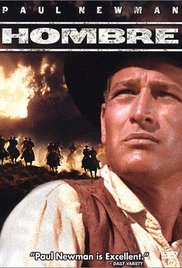 Relatives recently visited us in Israel. While here, we visited the celebrated Museum of the Blind, which is part of the Israel Children’s Museum in Holon. The exhibit is called Dialogue With the Blind, which offers an hour experiencing the world of the blind with a sightless guide.

Besides giving me an experiential understanding of the plight of the blind and making me feel so thankful for the gift of sight, I was reminded of how important it is to help our fellow human beings who are going through tough and challenging times. As I wandered in the dark and occasionally lost my footing, the blind guide helped me get back to a stable surface by getting my attention with his friendly and supportive voice and then grabbing my hand to point me in the right direction. He reminded me of how meaningful it is to know that you have a friend who will support you in moments of crisis, who will prevent you from falling. It is comforting when you know that friends are thinking about you and feeling responsible for your welfare.

Feeling responsible for other people is a narrative crux of Hombre, a revisionist Western that hinges on whether someone will step forward and deal with calamities when others cannot. The central character is John “Hombre” Russell, a white man raised as an Indian, who is the object of racial prejudice and alienated from the white man’s culture.

When Russell’s white stepfather dies, he inherits a boarding house owned by him. After inspecting the boarding house, he decides to sell it and return home. He and several other passengers take the stagecoach to Bisbee. The passengers include Jessie, the landlady of the boarding house, Audra Favor and her husband Alex, an administrator of Indian lands and, sadly, an embezzler of Indian reparation funds, and Cicero Grimes, a coarse bully with an agenda of his own.

Grimes’ agenda becomes clear when his cohorts show up to rob the stagecoach. Specifically, they want the embezzled funds carried by Alex Favor. In the ensuing melee, Grimes kidnaps Audra. As they ride away, Russell shoots two of the robbers and recovers the saddlebag of cash. To avoid pursuit by the outlaws, they head through the mountains and stop at an abandoned mining camp.

It is there that a moral dilemma emerges. When Grimes and his crew catch up with Russell and the other travelers on the stagecoach, Grimes offers to trade Audra for cash. To encourage a response, he ties up Audra in the hot sun, knowing that she will die if no one comes to aid her. Alex, Audra’s husband, does not want to risk his life to save his wife. Only Jessie expresses a willingness to help. At that moment, Russell steps forward, knowing that he is the only one who can save Audra and stop Grimes.

Jewish tradition clearly states: “we are all responsible for one another.” The Talmud suggests that this mantra of being responsible for one another means providing for the basic needs of another such us food, shelter, and physical safety. When we see someone in trouble, we need to act to help that person. We cannot simply turn our eyes away and mistakenly think that things will get better on their own.

Hombre is the story of one man who decides to risk his own life in order to help those in trouble. It is not an easy decision for John Russell, who has been exploited as an Indian for many years. However, his essential humanity prevails in a moment of crisis where only he can enable the others to survive.