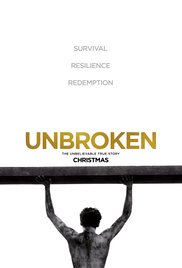 For the past several years, I have been teaching in a middle school and a high school in Israel. I have observed that in dealing with 7th and 8th graders, the students tend to be very self-absorbed, interested only in what they have to say and not paying attention to the comments of others. In the high school, I see students more respectful of each other, more willing to listen to the opinions of a peer. There I see more students sensitive to the Biblical notion of “loving your neighbor as yourself.” Just as you would want to be heard, so too should you listen to the words of your neighbor and give his comments respect even when you disagree with him.

In Jewish jurisprudence, there is discussion as to what degree we should observe this commandment of loving our neighbor as ourselves. Do we observe it even when, by doing so, we put ourselves and our interests at a disadvantage? Is there some balance between our needs and the needs of others that needs to be struck?

This moral dilemma is portrayed in a scene in Unbroken, the story of Olympic runner Louis Zamperini, an airman who, during World War II, crashed into the Pacific Ocean on a rescue mission to locate a missing aircraft. Of the eight men aboard Louie’s plane, only three survive: Louie, Phil, and Mac. The three are able to inflate a life raft, and so begins their treacherous journey on the open sea.

They have limited food; and Louis, as the take-charge guy, tells his friends that they need to limit their consumption of food so that the meager food they have will enable them to survive until they are rescued. They have only one bar of chocolate and Louie tells them that they can eat one piece in the morning and one in the evening. Mac, however, decides to eat all the chocolate.

The Talmud (Baba Metzia 62a) discusses a similar case of “lifeboat ethics.” Two people are traveling in the desert and there is a jug with only enough water for one of them to survive. There is a difference of opinion as to what course should a person take in such a moral dilemma. One sage, Ben Petura, says that it is better if both of them drink rather than have one witness the death of the other. Rabbi Akiva, however, maintains that your life should come first before the life of your friend. This moral calculus is analyzed in contemporary volumes of Jewish law that deal with the conduct of men in battle who have to make decisions that affect the health and safety of others. Unbroken does not provide simplistic answers; it only raises the question.

Louis Zamperini, a practical man, does not compromise his integrity. He does not blame Mac for taking all of the chocolate for himself. He accepts the reality of Mac’s feelings and actions and then moves on to think of new ways to acquire food in the middle of the ocean. Louie, an optimist, does not lose his focus in the face of a setback. He continues to try his best to keep everyone alive.

When he finally is rescued, only to find himself in a Japanese prisoner of war camp. he again expresses his independent spirit. He is unwilling to bend in the face of physical punishment and extreme torture designed to undermine his humanity.

Louis Zamperini survives incarceration and even forgives his enemies. Years later, we see the real Louis Zamperini as a senior citizen running with the Olympic flag. He counts his blessings and traces his survival and success in life to his faith in God, which sustained him throughout all his trials. When faced with moral conundrums, Louie chooses the high road and becomes a model for us all.