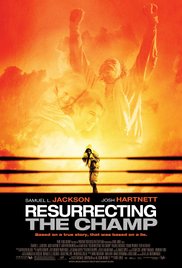 Being a parent is challenging, but it often brings out one’s best self. Let me explain. One of my children once asked me a question of Jewish law. I felt it was a simple question and I responded quickly with an answer. Months later, I realized the answer I gave him was wrong. I apologized to my son and then I told him the correct answer.

The relationship with my son was strong and life moved on, but I was deeply troubled by the fact that I had given him an answer that was not accurate. The incident still haunts me thirty years later. I had wanted my son to feel he could always rely on me to give him the best advice, the most accurate information; and in my own mind, I had let him down. From then on, I resolved never to be quick when a question is posed to me. Lesson learned: Allow some time to think things through carefully.

I realized then and I realize now that we are always role models for our children, and we have to make good decisions not only for ourselves, but good decisions that will stand the test of scrutiny by our children. Such is one dilemma in Resurrecting the Champ, a story about a successful prizefighter who, in the twilight of his life, becomes a homeless person, living on the streets.

Erik Kernan Jr., a sports reporter for a major newspaper, is upset that his editor, Ralph Metz, buries his stories in the last pages of the paper. Metz tells Erik that his articles are boring and lack interest, and Erik begins to think of doing regular reporting rather than sports.

On one fateful night, Erik serendipitously encounters a homeless man who calls himself “Champ,” and discovers that he once was a professional boxer named Bob Satterfield, who had been in the ring with such boxing luminaries as Ezzard Charles and Jake LaMotta. In truth, Satterfield is a forgotten man and most boxing aficionados thought him dead. Erik sees Satterfield’s story as a ticket out of his current job and as a way to become a feature writer at a weekly sports magazine. He pitches the idea to the magazine editor, who is intrigued with what might be a major article about the rise and fall of a contender for boxing royalty.

In his quest for success as a writer, Erik becomes careless in fact-checking Satterfield’s story, and thereby hangs the moral crux of the narrative. Erik’s moral dilemma is highlighted in his relationship with his son, Teddy. Erik is separated from his wife, Joyce, and only sees Teddy periodically. To maintain his iconic status in his son’s eyes, he often tells him of his friendship with sports celebrities, but Erik does not really know them. He only covers their athletic events, and his relationships with them are superficial. Nonetheless, Teddy believes his father.

This belief is tested when his father is openly accused of lying to promote his professional career as a writer. How the Satterfield story is ultimately regarded and how Erik’s relationship with his son is resolved is the stuff of real life compromise. The resolution may not be neat, but it is emotionally satisfying.

Jewish tradition has much to say about how parents should serve as role models. The patriarchs of the Jewish people were mindful that they were role models for an entire people, not just their own families. The Bible states regarding Abraham: “For I have chosen him, so that he will direct his children and his household after him to keep the way of the Lord by doing what is right and just, so that the Lord will bring about for Abraham what he has promised him (Gen. 18: 19).”

A key aspect of the parental relationship is honesty. In depicting the relationship between fathers and sons, honesty emerges as a critical bond that unites the generations, a connection that is sacred between parent and child.

In truth, no one is perfect. All parents possess flaws, but Resurrecting The Champ suggests that we can still love and respect our parents in spite of any flaw. Rabbi Jonathan Sacks poetically describes the function of parents as role models: “Judaism, more than any other faith, sees parenthood as the highest challenge of all. Judaism takes what is natural and sanctifies it. What Darwin saw as the urge to reproduce, what Richard Dawkins calls ‘the selfish gene,’ is for Judaism high religious art, full of drama and beauty. Abraham the father, and Sarah the mother, are our enduring role models of parenthood as G-d’s gift and our highest vocation.”